The Incumbant Priest in Charge 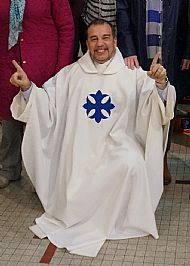 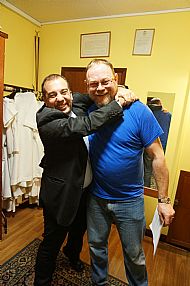 HISTORY OF CATHOLICISM IN THE CHESHAM AREA

In 1697 there is a record that Buckinghamshire was served by Fr Christopher.

From the 1870s a visiting priest would occassionally offer Mass in the homes of local Chesham Catholics. Regular services began around 1905 after Betrum and Ada Chevalier, brother and sister of Anglo-French background, bought a house in Chesham which they named “St Telio” (now 164 White Hill). Before they

came to Chesham the Chevaliers had been parishioners of the Catholic Priory in Kensington, which was run by Discalced Carmelites friars (Discalced friars  are those who go barefoot, or wear sandals) Once a month a Carmelite priest from Kensington visited Chesham by train, and said Mass for local Catholics in a room which served as a chapel in the Chevaliers’ house.

A Carmelite priest, Father Francis Lamb lived at “St Helen’s. Two rooms at the back were  knocked into one , to make a chapel dedicated to St Joseph (of Nazaerth) The first Mass was held there on Sunday, 9 May 1909, It was reported to the bishop that about 50 people attended with the majority being curious  or interested Protestants.

Sunday services were held at 10.30am and 6.30pm, with singing led by a choir of men. Confessions were heard in English, Italian , French, and German, reflecting the languages of the congregation. St Helens was used as a community house for Carmelite novices (students) who were trained to be priests. By 1911 there were eight novices from England and Ireland living there. By 1912 increasing numbers of novices meant that Mount Carmel was also used with its rooms used as classroooms, a refectory, and offices. A corridor was built to link the two buildings, and St Josephs Chapel was moved to Mount Carmel.

Meanwhile the Carmelites applied for planning permission to build a monastery, church and school in Chesham but this was declined. Instead in September 1913 all the Carmelites moved from Chesham to Chalfont St Peter, where they built a new church called St Joseph’s Church and Priory at  Austenwood Common, and established St Joseph’s Primary School. The Chesham chapel continued to be used for Sunday services which were conducted by Fr Eric Coleman , who travelled from Chalfont St Peter.

The congregation of approximately 35 came from Chesham, Chesham Bois and Amersham. It was decided that they needed a more central location for services. In November 1914 the Catholics bought some land in Chesham Bois, where they built the church of Our Lady of Perpetual Succour (A Marian title) In 1915 services transferred from Eskdale Avenue to the new church in Chesham Bois. The Catholics then sold their Eskdale Avenue properties and land. Mass was not held in Chesham again until 1947, when the priest from Our Lady’s came to conduct mass at the British legion.

(Adaption of an article by Neil Rees) 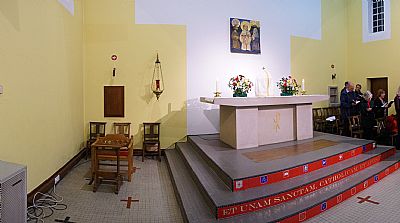